https://en.wikipedia.org/wiki/Hercules_Cortez
Posted by Dale Pierce at 10:27 AM 5 comments:

https://en.wikipedia.org/wiki/George_Steele
Posted by Dale Pierce at 7:54 AM No comments:

He never wrestled in Arizona, but many trainees of his did, including Arizona natives Sergeant Shiltz  and Steve Vega.
Posted by Dale Pierce at 7:50 AM No comments:

See indy veteran manager The Time Traveler and past Arizona icon in action on April 1 on the card at Poblanitas in Bremerton, Washington at 7 pm 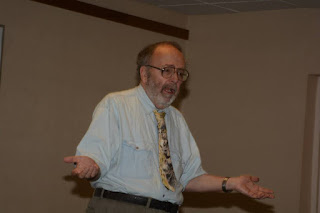 Cole Wright or Mr Wright comes form Yuma, Arizona and spent a god deal of his early career in Arizona, working not only for the varied promotiosn there, but alsoa cross the broder in Mexico where he tuned up his skills He remains a charismatic and itneresting eprformer.

Recently, Wright drifted up to Washington, though there are indications he will be campaigning in  a trip back to Arizona soon. In the meantime, he has been teaming with fellow Arizonan, Ron Von Hess (Sutherland) in a wild tag team feud with Jimmy Flame and Mr Fitness. the latter two have been seen being managed, by yet another Arizonan, The Time Traveler. .

Wright and Von Hess hold the tag team title for the Washington based SCW at this time, recently making a successful efense of the crown against the Flame/Fitness combo in Bremerton.

Von Hess is also supposed to be making a return to Arizona, briefly, in three weeks, with Wright soon to follow for a stopover. .

Do not look for the pair to leave Washington on a lasting basis any time soon as they have become big draws there.
Posted by Dale Pierce at 3:22 PM No comments:

Hans Schmidt, Kurt Von hess, Hans Mueller, Waldo Von Erich, Horst Hoffman? These are relicsf rom the past. Some contend the odl German routine i dead, but nto wreally. Western states are seeing a new Grman heel in the form fo Von Ludwif, a smirking,m smiling nastard with lonh blonde hair and an arrogance worthy of the Master Race.

Von Ludwig has been appearing for nuemrous promotipns in a number of states and making a name for hismelf as a sneaky, loudmouthed heel, liek someone put in a time machine and placed here from the 1970s.

On a recent crd, he seemed miffed to be in an opener rather than a main event and offered a grueling match to one Kristian Kross, though oddly enough, he ended up losing. Even more strangely was the fact the fans went with him rather than Kross, which did not sit well with the German villain, who prefers books. . He afterward denied that he was "turning good" and hated the fans as much as always.

"ecan cheer whatever way they like," Von Ludwig snarled after the match. "I do not care either way, but on the other hand you will never see me catering to them. I want them to hate me This was just a case of being matched with another rule breaker, which will not happen often."

Thus Von Ludwig marches on his way as a new master of evil in the wrestling world.
Posted by Dale Pierce at 3:13 PM No comments:

Longtime Arizona wrestler, CC Starr, suffered the death of his father in march. The father never wrestled, but was a regular attendee at Arizona cards in the 1980s and 1990s.
Posted by Dale Pierce at 3:37 PM No comments: