One needs a Yahoo email account which is easy to sign up for at http://www.yahoo.com in order to join, but once one does there are a number of wrestling groups that might be of interest to fans or historians. Simply go to the group setting on Yahoo and log various key words, such as wrestlers, pro wrestling or the names of any stars and see what pops up.

One word of caution. Some groups that are not monitored well have spammers popping up selling all kinds of unwanted shit, just like you find on Facebook. If you have a good spam filter or simply click off the part that ahs you receiving messages from the group if it becomes too annoying and just visit the group page to view what you wish, the problem is done away with. Otherwise, some of the real exchanges and posts are worth the aggravation. Just believe me.  A lot of good stuff comes out of these groups. 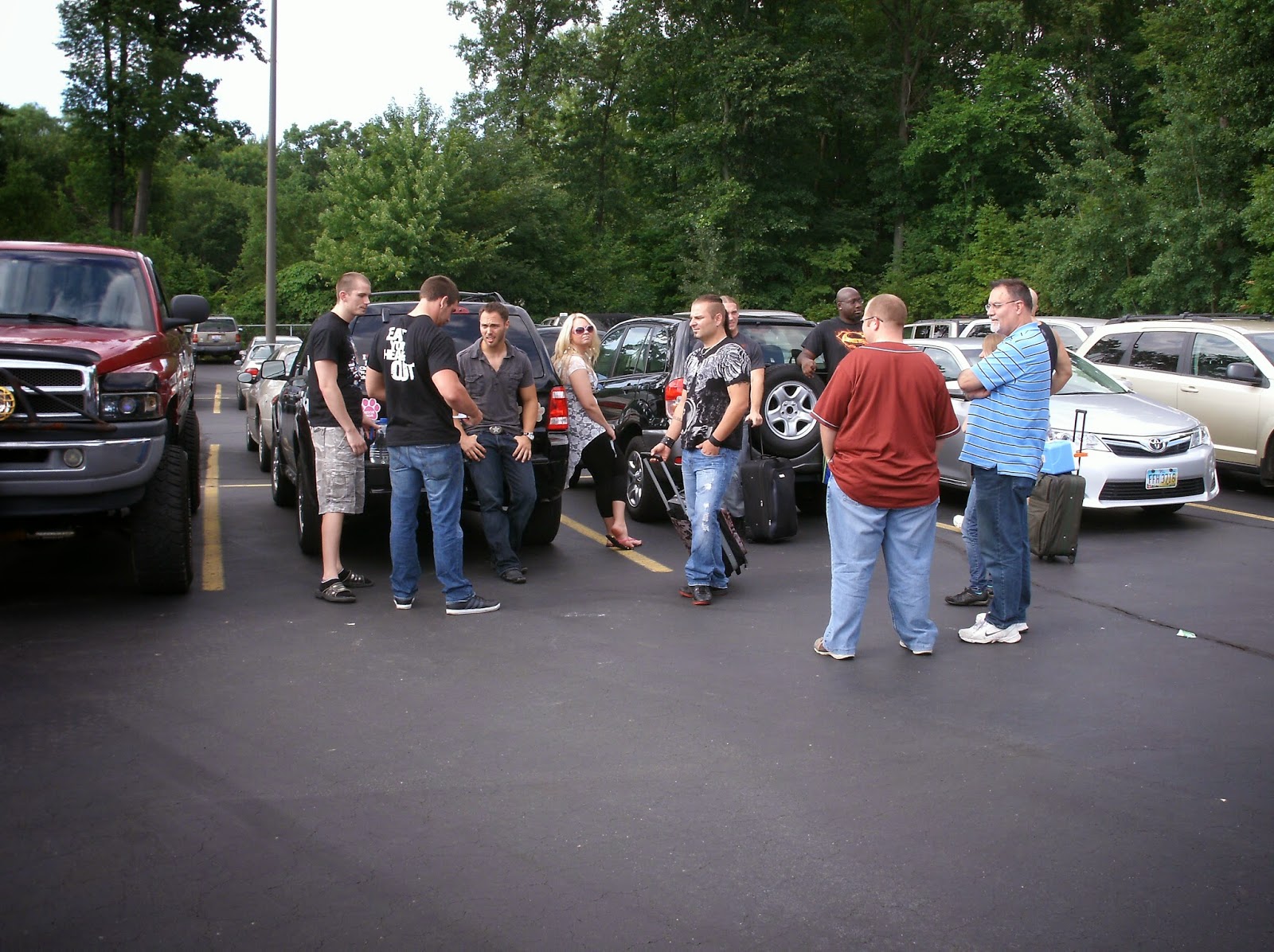 Posted by Dale Pierce at 5:14 AM No comments:

Wildman Zim (also spelled Zimm in some programs and results) wrestled around the United States for many years as a decent journeyman. Claiming to be from Borneo, he had long hair and tried his best to give off the Wildman image.

Zim had some matches in Arizona during the late 1930s, including some with Harold Murphy, the brother of a one-time area promoter.

Arizona was only one stop for this talented wrestler who always seemed to be on the road from territory to territory.

Of all the states, Zim seemed to love California the most. Upon his death, his ashes were spread over the Pacific Ocean coastline.
Posted by Dale Pierce at 2:09 PM No comments:

Not much seems to be recalled about the Murphy Brothers, except they were active in Arizona in the 1930s.

George's brother, Harold Murphy worked as a referee and occasionally wrestled as Millionaire Murphy using possibly a Million Dollar Man routine done long before the WWE thought of it.

The Murphys pushed Buddy O' Brien as top heel and may have come to regret such, for he was legitimately suspended a couple of times by the Arizona State Athletic Commission due to his antics and a talent for causing riots. O' Brien never learned and was evidently a heel in real life. He died after an altercation with police.

Of the Murphys, little other info seems to be available, at least  where I have looked.
Posted by Dale Pierce at 5:21 AM No comments:

Meet author Dale Pierce the second Thursday in February at 7 pm for a lecture at the Dover Library in Dover, Ohio. 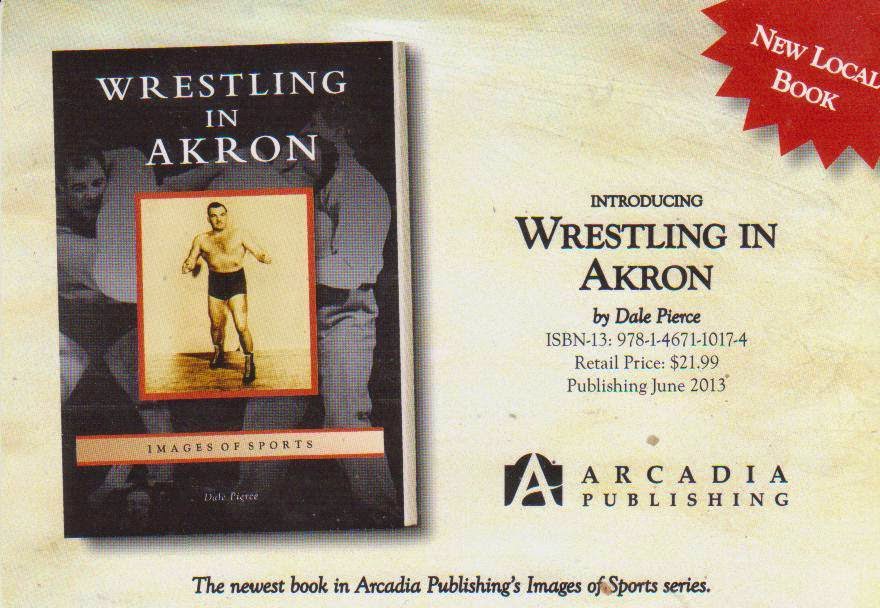 Posted by Dale Pierce at 8:35 AM No comments:

Kamala, The Ugandan Giant, actually born as one James Harris, was once known for his wild feuds with Jerry Lawler in Tennessee and with Hulk Hogan, The Undertaker and more in the  WWF. In recent years, eh has fallen on very hard times, both financially and health-wise.

Sadly, the effects of a diabetic condition have taken their toll. Like Ricky Romero and Russ Barker, he has become a double amputee due to diabetes.

One cannot help but wish him the best and that he may overcome  this adversity as best as possible.

Posted by Dale Pierce at 8:25 AM No comments:

Veteran manager and occasional wrestler, The Time Traveler, first beat down diabetes this year and now has conquered cataracts thanks to eye surgery in the fall. The 56 year old made a return to managing in Alliance, Ohio in November.

"This is the first time I have been able to see without glasses clearly since like high school," the  manager said in regard to the process. "Actually wrestling a match is going to be out of the question from now on, but I was long done with that phase of things anyway.  I am still going to manage, both here in Ohio and in Arizona next year. I am not done yet. Far from it." 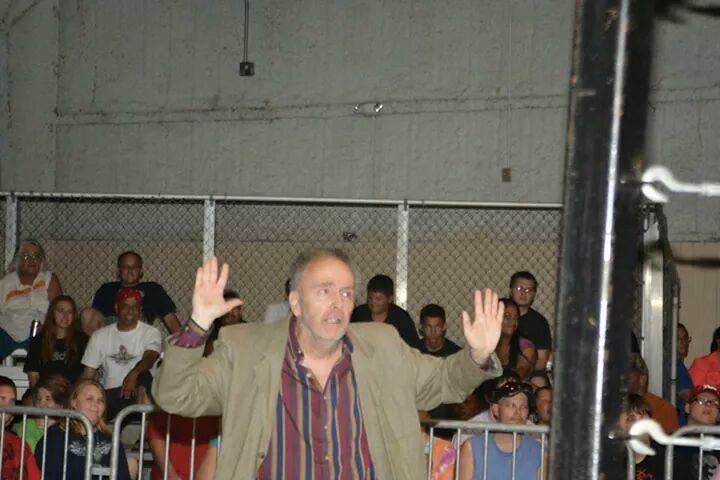 Mexican wrestler, Siete Vidas, passed away a short time ago after a lengthy battle with cancer.

Siete Vidas was a big draw among lucha libre promotions in Arizona in the 1990s, feuding with The Black Mamba, Time Traveler, Eruption, The Mad Monks and others.
Posted by Dale Pierce at 12:35 PM No comments: